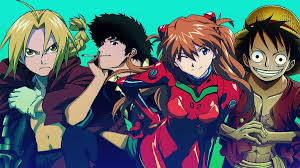 Anime sometimes called Japanimation, is hand-drawn and computer animation originating from Japan. The term anime is derived from the English word animation, and in Japan is used to refer to all forms of animated media. Outside Japan, the term refers specifically to animation from Japan or to a Japanese-disseminated animation style often characterized by colorful graphics, vibrant characters and fantastical themes.

A characteristic art style emerged in the 1960s with the works of Osamu Tezuka and spread in the second half of the 20th century, developing a large domestic and international audience. In addition to completely original works, anime are often adaptations of Japanese comics (known as manga), light novels, or video games

Anime production typically focuses less on the animation of movement and more on the realism of settings as well as the use of camera effects, including panning, zooming, and angle shots. Anime is classified into numerous genres targeting both broad and niche audiences.

The anime industry consists of over 430 production studios, with major names including Studio Ghibli, Gainax, and Toei Animation. Despite comprising only a fraction of Japan's domestic film market, anime makes up a majority of Japanese DVD and Blu-ray sales. It has also seen international success with the rise of English-dubbed programming.

When was anime discovered?

The first animated film released in Japan, and therefore the first anime, was probably released in late 1916 or very early '17 by Shimokawa Oten, made with chalk, and less than five minutes long. The uncertainty comes from the fact that most early Japanese films were dismantled after the reels were finished. The history of Japanese anime goes back to the infancy of animation throughout the world. Seitaro Kitayama is one of the first to get involved, since 1917. At the time, however, animation was mostly used in the context of anti-American propaganda. 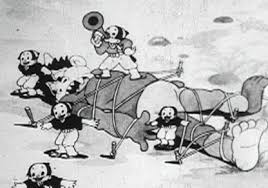 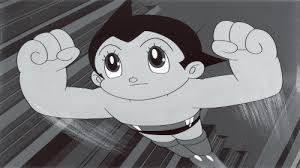 1951 - Osamu Tezuka created the milestone manga, Tetsuwan Atom or Astro Boy, as it was known in the US. As a result, years later he became a pioneer in anime, and was the man responsible for the success of anime and manga worldwide. 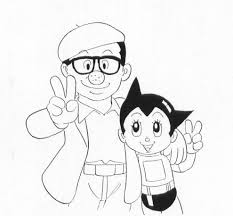 The Evolution of Anime:

The evolution of anime occurred in stages, starting with cutout animation and silent short films, expanding through government-sanctioned propaganda, and then moving toward longer, more creative works influenced by Disney, but that took on looks of their own.

Older anime also have shows with tons of cliches, but by and large, there are more shows that have solid storyline. More artistic styles in older shows than newer shows: Older shows being hand drawn or less reliance on CG present tends to produce a very different feel when compare to 3D. 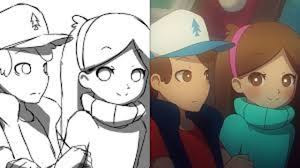 Rise of 3D animation and CGI:

All though 3D animation was already existent around the 1940's. It had a 'said' breakout year in 1991. As more and more studios started to adapt the technology, we can slowly see it replace older, more Traditional Animation techniques throughout the 90's and during the beginning of the millenia.

Due to these changes, there were also significant advances in the field. Such as the 2000 breakthrough in capturing the reflectance field over the human face, being the final breakthrough to making digital look-a-likes of actors, Or the 2001 Motion capture, photorealism, and uncanny valley.

Around the early 2000s most studios left behind traditional animation for the more modern, digital animation.

There’s something about “old” anime shows that new anime aren’t able to pull off. Maybe it’s just nostalgia and old anime is in fact inferior to new shows like Golden Kamuy.

We can effectively draw the line between old anime and new anime at the turn of the century in the year 2000. Why? This is because the year 2000 was the revolutionary time period where animation became computerized. Before this, all anime created was painted by hand on cels. Early anime can be seen taking form in the 20th century, it began as a government subsidized movement to create and push propaganda ideologies at the time. It featured very basic animation with still backgrounds and minimal movement.

At this time, Japanese animation studios were far behind its American counterparts such as Disney, still the debut of Astro Boy in the 1960s can be seen as the stylistic kickstart for anime in Japan, drawn with minimal detail in complex areas like elbows and joints with more focus on his belt and hair, this made it easier to draw him and allowed animators to focus on his eyes to express emotion. This was also the beginning of the stylistic preference that largely dominates anime even today.

In the next 15 years, anime took a drastic leap forward with the introduction of color, this allowed animators to be more expressive and dynamic with their backgrounds can be first seen in the popular show Kimba the Lion. Character design, the fluidity of movement and details all increased and began to add to the quality of anime being produced and it is safe to say that between this time and that of computerization of anime in the year 2000, many animes have been produced that have been considered timeless, works of art and are considered to be masterpieces even today.

Fast forward to the present and pretty much all anime is drawn on paper and scanned into computers to be digitally colored. This has produced anime with complex & original artwork that has been a main factor in the genres notorious rise to fame outside Japan. That does not mean that beautiful anime with shading textures and complex styles cannot exist in old anime, however, it’s simply took more time, skill and budget which resulted in only a few studios being able to produce them. Even the quality of artwork in new animes is still subject to certain constraints such as skill, budget, and deadlines that play a large role in the visual quality of an anime.

To say that ‘Old anime’ had better or more complex storylines would be an unfair and inaccurate statement. Good storylines can be found in both counterparts however if you look a little deeper you will realize that there is a recurring trend in the industry, the release of anime with creative, original and daring storylines (often considered true to the essence of what anime) correlates with the performance of the Japanese economy.

Creating anime is a very expensive and laborious process, during an economic downturn it is very tempting for studios to pick mangas which are already performing well and to animate those even before they are over to ‘strike while the iron is hot’ and make maximum use of the hype. This is a safe route for the studio to make good content that will ensure success and profits. Likewise, it is apparent that during times of an upward trending economy, the studios are more accommodating and allow for more creative freedom for their creators. Some of the anime genres best work will come out at this time as can be seen with pieces like ‘Girl with angel egg’, which may not have ever seen the light of day otherwise. 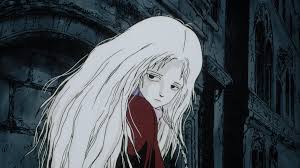 Conclusion: You can see how it is difficult to make a broad statement such as new anime is better than old anime or vise verse. New anime definitely have better quality animation on its side but in recent times all the classic anime that are still considered a masterpiece are being reworked into HD quality, this in itself is a testament to how impressive they are!