How to use the P.E.G Bar

P.E.G bar is a piece of plastic, or fancy a piece of metal, that is meant to hold your papers in place when you draw and shoot your animation. You punch your paper and stick it onto the peg bar as you draw.

There are several different types of peg bars, the "Acme" type being the most common. The "Disney" type was used for a time at the Disney studio but they have converted to Acme, too. These peg bars all have one central, round peg, and two oblong pegs on each side.

The Acme Pegs have a round peg in the center and two elongated pegs, one on each end.

The Round Peg bar has 3 round posts that are 1/4" dia. Even though they look different, they both do exactly the same thing. They register the drawings, one to another. Both are in use at many schools and studios.

The peg bar enables the animator to keep a whole bunch of drawings in perfect register, and since a peg bar is also used on the scanner or camera, the positioning will always be correct even in later phases of the production. 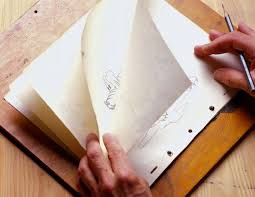 The 16mm Ox berry animation stand is an excellent tool for beginning animators or filmmakers using graphic arts materials in their work. It allows a high degree of control of materials and camera or background movement but is simple to use and easy to learn. 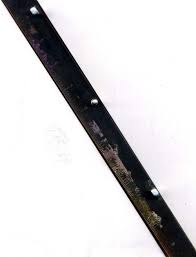 The Purpose of a Peg Bar

A peg bar not only holds your papers in place when you're drawing them but when you remove them from the peg bar and later place them back into it when you're shooting your hand-drawn animation, it makes sure that the paper goes exactly where it did last time so your drawings stay in the correct place.

So peg bars are incredibly helpful tools for traditional animation. You'll see in any behind the scenes footage of something for like a Disney movie you'll see everyone working on animation discs, which are basically a combination of a peg bar and a lightbox.​ 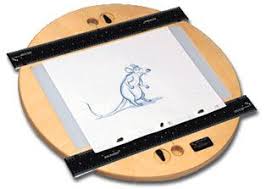 Usage of the Peg Bar detection in CTP... 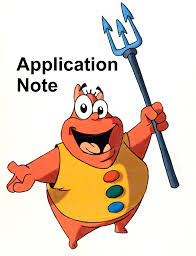 CTP Pro features an automatic peg bar detection, which you can use to align your images relative to the peg holes of your drawings when importing images via scanner, file import, or video input, respectively webcam. When creating hand-drawn animation, it is common to use punched paper which is placed on top of a corresponding peg bar. CTP Pro recognizes the most common peg bars and is capable to keep the drawings perfectly aligned when importing them, by detecting the peg holes. All peg bar detection related settings in the import dialogs, such as Import Image from File, Import Image from Video, or Import Image from Scanner. However, there are also other schemes used in different regions or by tradition, such as Ox berry, Lightfoot, and even the historic Disney peg bar. CTP Pro cans also deal with the regular European double punch holes (ISO 838), as well as the American triple punch holes.

Import the first drawing or use the Preview button, when using the Import from Scanner function from the Insert menu. This will create a reference in your Visualization Area. Define the desired import area of your drawing using the Clip Rectangle button (this will set the size of your imported drawing) and Field Chart (this will set the size of the image that will finally be imported). The size of the Field Chart always corresponds to the resolution (DPI) of your project.

Click on the Peg Bar button in the toolbar to activate the peg bar detection. As soon as this function is active, the virtual peg bar will appear in your Visualization Area, as in our example below:

As soon as you have activated the peg bar detection, more buttons on the toolbar will get activated. With these buttons, you can e.g. decide whether your peg holes are oriented horizontally or vertically. The button with the lock will allow you to lock the position of your peg bar, so it cannot be moved around any longer.

In addition to that, when importing images from a file, video input, or webcam, automatic peg bar detection can be very useful too. But keep in mind that you may need to resize the virtual peg bar. In this case, use the preview and resize your peg bar according to the peg holes in your preview.

The Drawback of Using a Peg Bar

Since you have to punch your papers for the peg bar and since they have those weird square pegs on it you'll need a special hole punch to do it. Those hole punches? They're not cheap. The cheapest ones will run you around 500-600 dollars usually, and that's a lot of money for a paper puncher. The good thing though is you can use it as a tax write off. 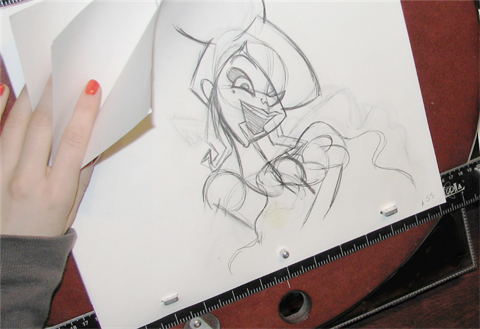 A peg bar not only holds your papers in place when you're drawing them but when you remove them from the peg bar and later place them back into it when you're shooting your hand-drawn animation, it makes sure that the paper goes exactly where it did last time so your drawings stay in the correct place.

A Peg layer is a trajectory that contains no drawings on which you can hook your drawings. Pegs have been used for a long time in the traditional animation process, mainly for registration purposes. Peg holes at the bottom or top of the animation paper are used to keep all the sheets even and at the same registration.

There are three peg holes in regular animation paper. The center peg hole is round while the left and right ones are oval-shaped. The oval peg holes are located on each side of the page, four inches away from the center peg hole.

To keep the drawings together, the animator uses a peg bar. This peg bar has three pins that correspond to the shape and location of the peg holes. Peg bars are normally found at the bottom and top of the animation discs.

Before digital compositing, the peg bars were also used to move layers on the camera stand to create pans and camera moves. They were the equivalent of digital trajectories. Harmony makes use of these concepts to create animation and camera motion.

A peg is composed of many customizable parameters. These parameters are:

You can control a peg’s trajectory the same way as the animated drawing layer.

A peg layer is mainly used to control a series of drawing layers, such as clouds, a school of fish, or a flock of birds. You can attach them to a peg layer and make them follow a trajectory as a single unit. This makes trajectory modifications much easier and faster. When building a puppet, most of the time you will add a master peg to control your puppet as one object.